Federal law stipulates that all United States government contractors and subcontractors working overseas must obtain workers’ compensation coverage for civilian employees. This overseas insurance is referred to as Defense Base Act coverage. Currently, reconstruction contracts are issued for Iraq and Afghanistan, as well as other parts of the world. While these contracts are attractive to both companies and workers, they contain a great deal of risk as well.

Reconstruction contracts in Iraq & Afghanistan are potentially attractive for U.S. businesses but they also contain a certain element of risk. The Defense Base Act is a key piece of legislation that deals with workers’ compensation coverage for overseas employees of government contracts. The Act provides benefits with similar compensation to those afforded by the Longshoreman and Harbor Workers’ Compensation Act. Coverage includes medical expenses, loss of wages, and disabilities, as well as death benefits. Often when government contractors are seriously injured, employers are reluctant or slow to report and process the claim. The Law Office of Robert W. Nizich will help you to obtain a fair and timely payment.

The Defense Base Act

In the past decade, the number of civilian workers hired by American companies to work on overseas projects has increased. Currently there are thousands of civilian workers in Iraq and Afghanistan reconstructing the war-torn countries. Other workers are employed across the Middle East and throughout the world. These civilian contractors are often faced with great dangers overseas, whether their work is associated with a military presence or not. The Defense Base Act provides workers’ compensation coverage to these overseas contractors. Since its establishment in 1941, the Defense Base Act has been amended to include public works contracts (including non-military projects). The Act’s reach has expanded to include virtually any contracted, overseas work for the federal government.

Injured workers and the families of killed workers who successfully present a Defense Base Act claim are eligible to receive compensation for lost pay, medical costs, and permanent disability benefits. Many of the rules covering the Defense Base Act are a product of the Longshore and Harbor Workers’ Compensation Act.

Employees covered by the Defense Base Act include:

If you or a loved one has been injured at work and is seeking compensation under the Federal Office of Workers’ Compensation (OWCP) Programs, do not attempt to navigate the special legal process by yourself. Instead contact Robert Nizich, a compensation lawyer familiar with the laws set in place to protect you. He will personally review your case and provide a free evaluation. Allow him to fight for your rights and help you to recover the compensation you deserve. 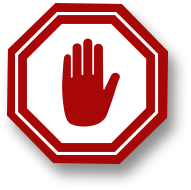