Injured in Iraq or Afghanistan? Truck Driver, Interpreter, Other Contractor I Can File a Defense Base Act Claim for You.

If you have questions about coverage or would like to know if you have a case, contact our office today. All inquires are personally reviewed by our attorney, Robert W. Nizich.
Call: 310-832-3500

We Do Not Handle USA Military or Veterans’ Claims
✖︎ CLOSE

Certain United States government-contracted corporations in Iraq and Afghanistan have allegedly used open-air burn pits to dispose of hazardous materials without fulfilling their duty to properly warn civilians of the possible health and safety issues associated with prolonged exposure to smoke and toxic gasses potentially produced. In these pits – which are referred to as “burn pits” – products ranging from asbestos insulation and medical waste to biohazardous materials and animal carcasses have allegedly been disposed of, many of which are known to emit harmful gasses that may cause permanent and/or life-threatening health problems if inhaled frequently over an extended period of time. Commonly reported burn pit exposure symptoms have included breathing complications, chronic coughing, nose bleeds, diarrhea, lung cancer, lymphoma, and several other serious injuries and illnesses.

If you are a U.S. government-contracted civilian (non-military) who believes you may have endured prolonged exposure to toxic gases released by burn pits in Iraq and Afghanistan, you may be eligible for monetary compensation for your physical and psychological injuries, as well as your continued medical treatment. Robert W. Nizich is highly experienced in this specialized field of law, and he is ready to help you earn the compensation to which you may be entitled.

If you have any questions about burn pit litigation and potential compensation, please contact Robert Nizich today for a free evaluation of your case.

The Defense Base Act specifically outlines coverage, which determines entitlement to compensation and benefits. The Act extends the benefits of the LHWCA to employees engaged in the following work that are injured or killed:
To Read the Full Defense Base Act, Click Here »

What to Do if You Are Injured

If you suffer a work-related injury covered by the Defense Base Act, you should: 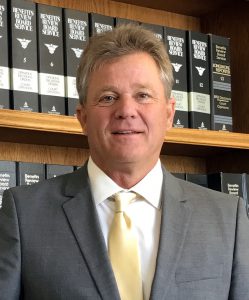 Robert W. Nizich is an experienced Los Angeles based Maritime lawyer who has fought for more than 30 years to recover compensation for longshoremen, harbor workers, shipyard workers, seamen, government contractors working overseas, and offshore oil rig workers who have been injured on the job. Located adjacent to the busiest container port in the United States – The Port of Los Angeles, he has represented numerous injured shipyard workers covered by the Longshore and Harbor Workers Compensation Act (Longshore Act). The Defense Base Act is an extension of this Longshore Act, and we have handled these cases long before DBA workers started getting seriously injured in Iraq and Afghanistan. Mr. Nizich’s years of experience are a benefit to you and your family.

Personalized Attention
We Take Pride in Developing a Personal, Dedicated Relationship with Every Client

If you or a loved one has been injured at work and is seeking compensation under the Federal Office of Workers’ Compensation (OWCP) Programs, do not attempt to navigate the special legal process by yourself. Instead complete the form at the top of this page to contact Robert Nizich, a compensation lawyer familiar with the laws set in place to protect you. He will personally review your case and provide a free evaluation. Allow him to fight for your rights and help you to recover the compensation you deserve.